Buckylab is a five month project which introduces students to the Building Technology mastertrack. It consists of digital manufacturing course, material science, FEM basics and a hands-on prototyping course which holds a close relation with the facade industry. All courses come together in a 1 to 1 prototype.

Puttakhun Vongsingha developed the concept of the iWindow, a spherical window as an enclosed space in the facade. The window is able to rotate in two directions resembling the eye of a chameleon. After the concept presentation Puttakhun and I teamed up for the rest of the courses. 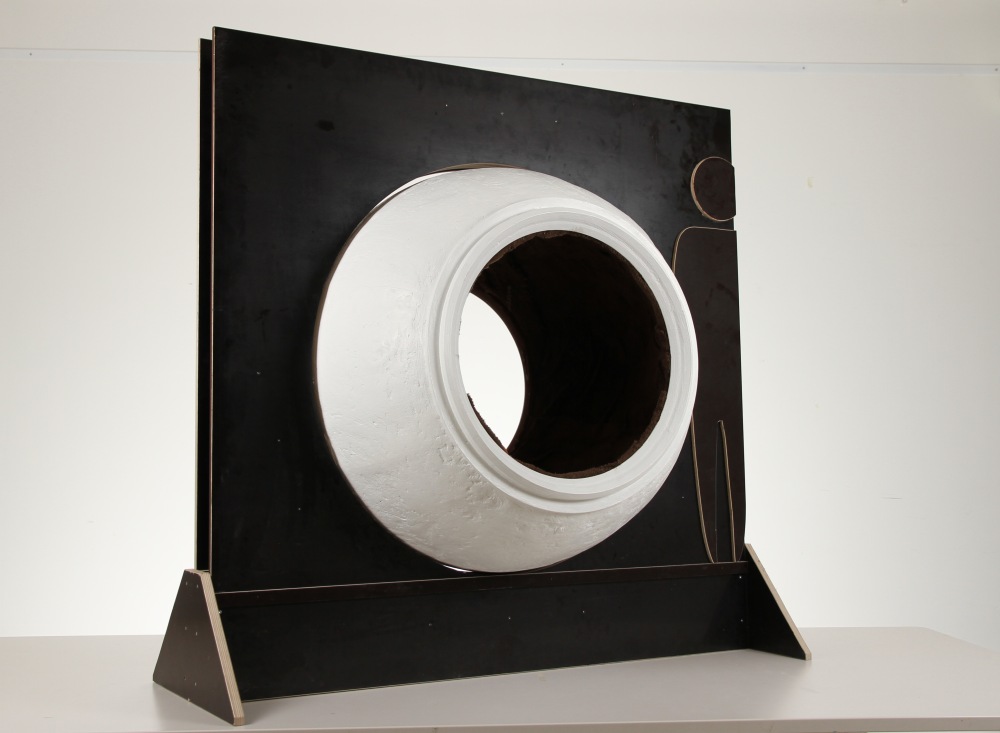 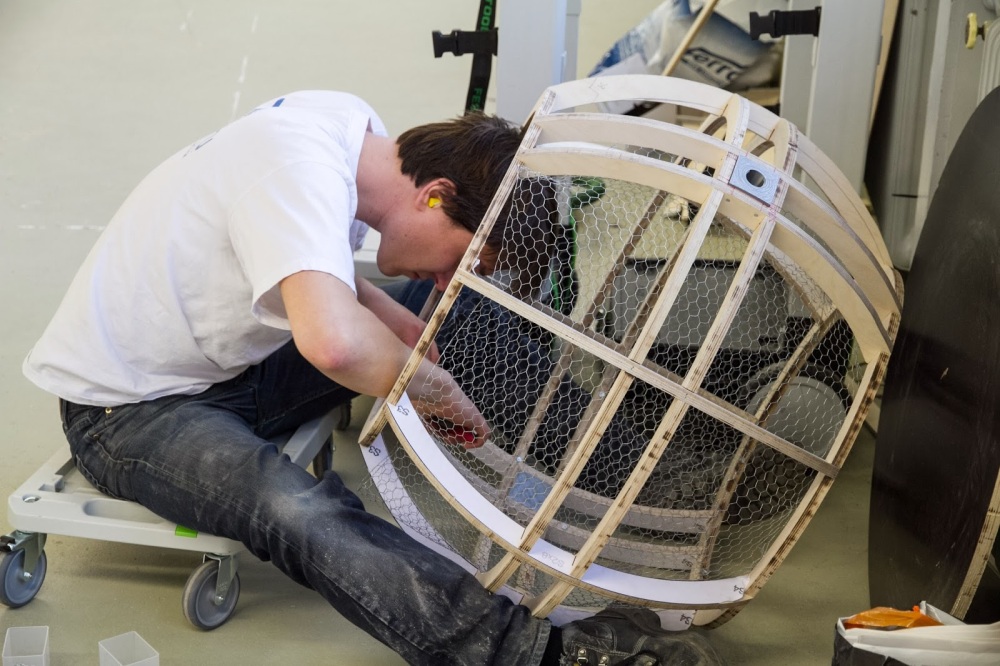 Building the framework for the window

The PU bodywork on a paper marche base

The PU was made smooth by sanding 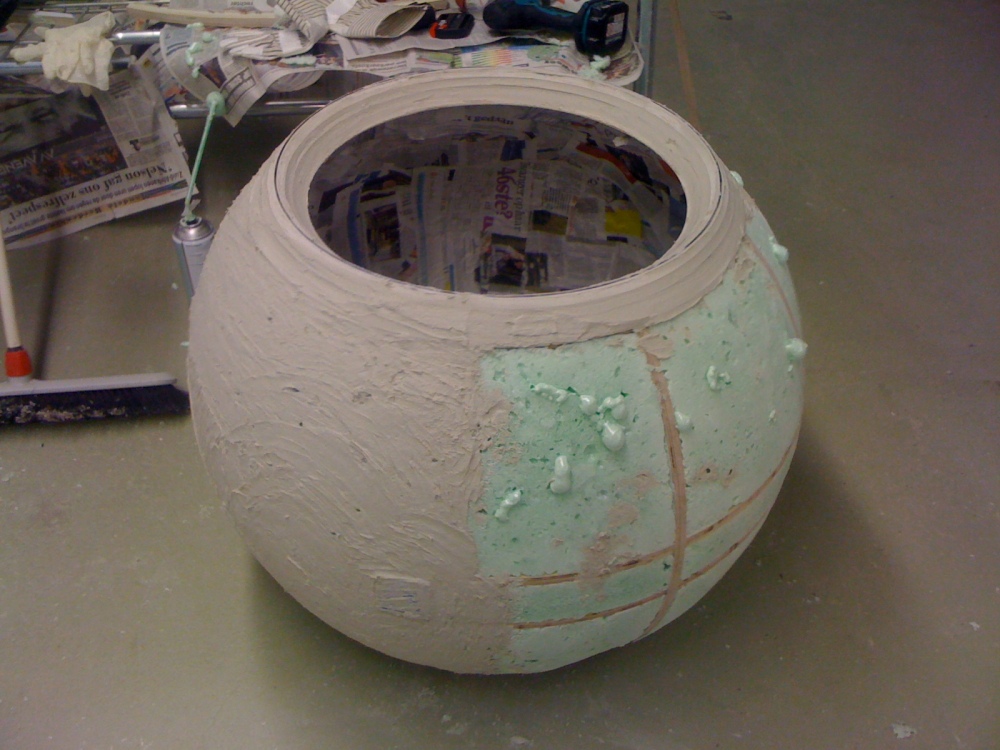 A stiff layer of tileglue was applied 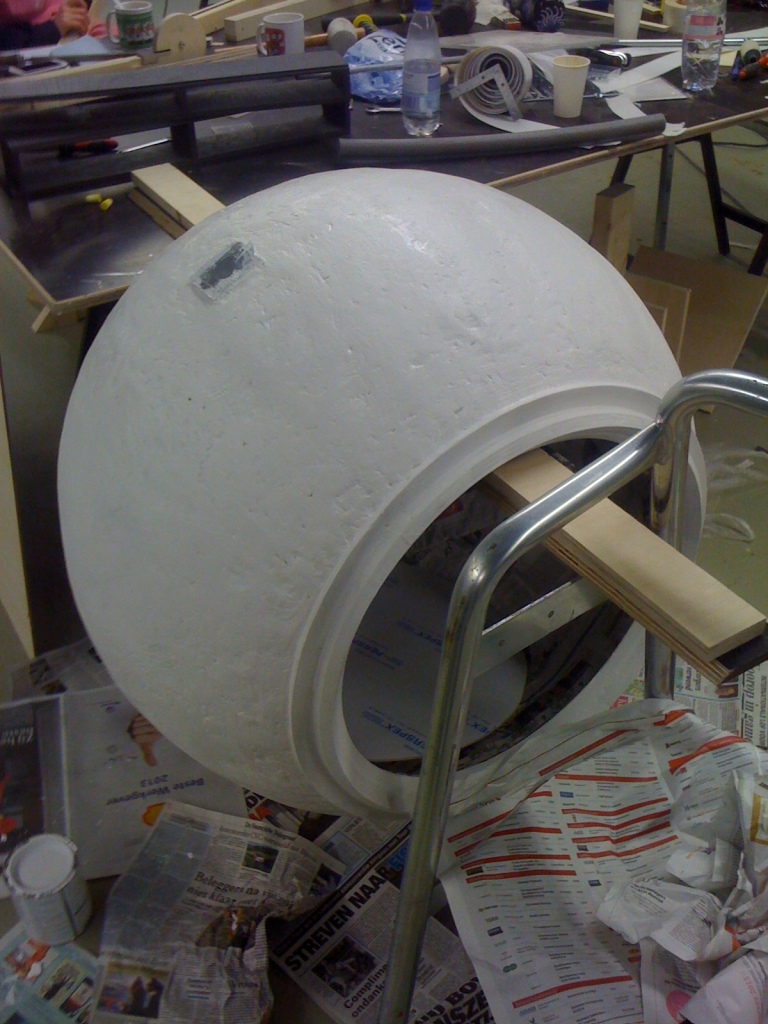 After sanding the tileglue, two layers of white lacquer where applied

Detail of the rotation system 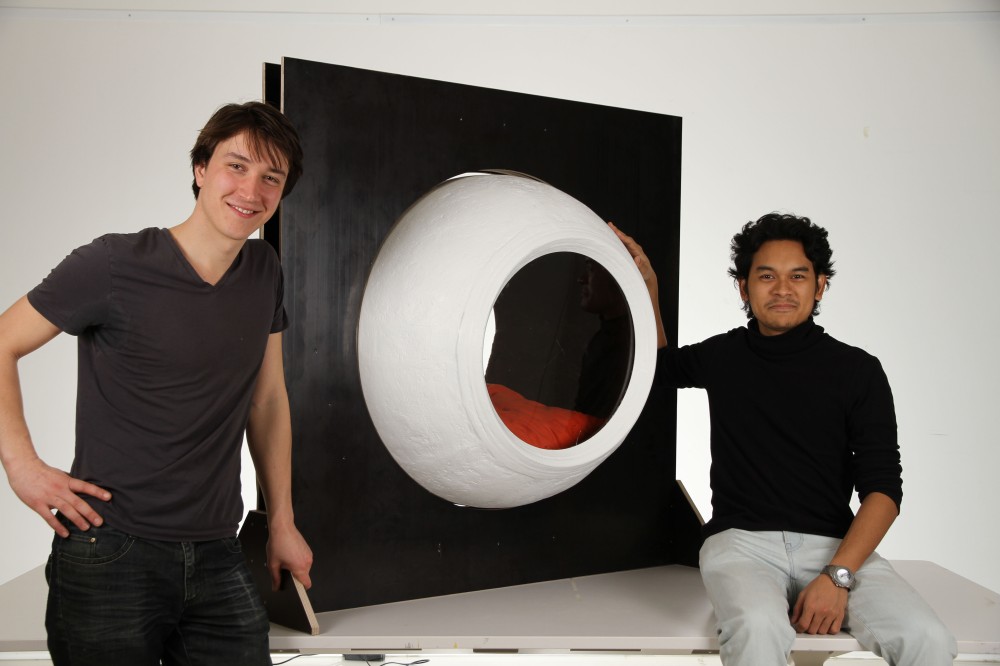 The final product was a 1:2 prototype

The model was displayed at the Gevel fair in Rotterdam

Facade proposal for the Library in Utrecht